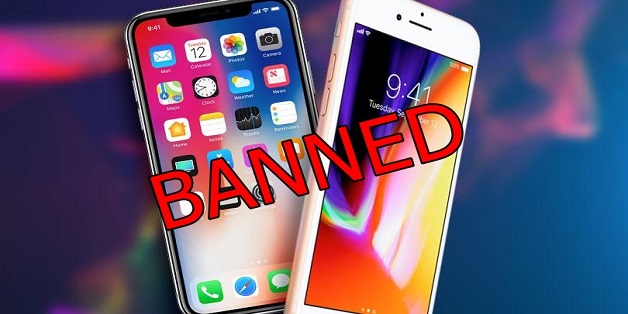 Qualcomm says it has scored an important victory in its long-running global patent battle with Apple over patent rights. According to Qualcomm, a Chinese court ruled that several recent iPhone models infringe multiple Qualcomm software patents and has ordered a nationwide ban on iPhone sales. Apple says its is appealing the ruling against it. Qualcomm Claims Chinese Court is Banning the iPhone Sales Nationwide.

Apple is appealing a decision that bans certain iPhone models from being sold in China. Apple is prohibited from selling the iPhone 6S, iPhone 6S Plus, iPhone 7, iPhone 7 Plus, iPhone 8, iPhone 8 Plus and iPhone X domestically in China. Qualcomm claims that Apple infringed on two of its patents.

The patents relate to features which allow users to adjust and reformat the size and appearance of photographs, and to manage applications using a touch screen when viewing, navigating and dismissing apps on their phones.

Apple said in a statement:

“Qualcomm’s effort to ban our products is another desperate move by a company whose illegal practices are under investigation by regulators around the world. All iPhone models remain available for our customers in China.”